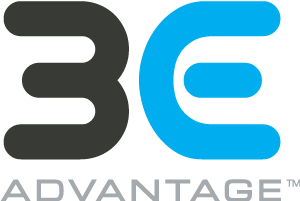 News > How does the weather impact our mood?

Myself and my daughter have just returned from two weeks seeing my family and friends back home in Scotland. My family means the world to me and it was also awesome to catch up with all my old friends and reminisce.

I like to go back at least once a year and normally I go in the July/August period but due to work commitments I left it a little later this year.

At the moment Scotland is in the midst of Autumn with winter coming really quickly, which means it’s getting colder and the days are getting shorter. For the first time since I emigrated to Australia 13 years ago, I noticed a distinct change in attitudes of some of my family members, and initially I couldn’t quite put my finger on what it was.

There is a lot of economic and political uncertainty in Scotland and the UK at the moment, and I thought it could have been that, but having spoken to a few people about my thoughts it became evident that it was something much simpler.

Every single conversation I had when I was over, without fail, included negative commentary about the weather and how it was getting colder and “the nights are setting in”. As such the people are spending more time indoors watching television and playing computer games.

Back in Sydney, the opposite is happening and as a result the mood is high, people are excited about getting out in the water, having BBQs and spending more time outside with friends.

I may be a little biased but the Scots people are the best in the world and it will always be home for me but I couldn’t help comparing the negative moods of some of my family and friends and the positive moods of my new Aussie friends. The gap between those moods is particularly obvious at this time of year when Scotland is leading into Winter and Australia is leading into Summer.

In my opinion the people of the world are generally very similar in so many ways and the Scots and Aussies are extremely like-minded people but our differing outlook on life is very much related to the weather. When the sun is shining people are immediately in a better mood and the beauty about my adopted country is that the sun shines a lot more than it does in most other places.

A favourite expression of mine from an old school teacher, “Get out and make hay while the sun shines”, has been ringing in my ears because I can’t help but think what an even better, and more prosperous place Scotland would be, if they had more sunshine.